Ketosis results in high levels of ketones. This happens when you reduce dietary carbs, a fuel source for most people worldwide. During ketosis, your body uses stored fats as an alternative fuel.

This article defines ketosis, symptoms to note, how it differs from ketoacidosis, its health benefits, and safety concerns.

Ketosis is a natural metabolic state in which your body produces ketones. Ketones or “ketone bodies” are chemicals that are made by your liver when glucose is limited. Your ketone bodies include acetoacetate (AcAc), beta-hydroxybutyrate (BHB), and acetone (Ace) (1)(2).

This natural state is achieved by following ketogenic diets. Thus, it is termed as “nutritional ketosis”. Note that ketosis can also happen when an individual fasts or experiences starvation.

Nutritional ketosis ranges from 0.5 mmol/L to 3.0 mmol/L. You can test for ketones using a blood ketone meter, urine strip, or ketone breath meter.

Ketosis signs and symptoms can both be positive or negative. Either way, they indicate that the diet is taking effect. Keep in mind that negative keto side effects are temporary and will subside as soon as your body adapts to its new fuel.

Ketosis and ketoacidosis are metabolic states that sound alike but are different in many ways.

For instance, ketosis is normal and desirable. On the other hand, ketoacidosis is a medical emergency and often a complication of poorly managed Type 1 Diabetes.

Ketoacidosis is characterized by very high ketone levels, making the blood acidic. In this case, ketone levels are 3 to 5 times higher than typical ketosis levels.

This happens in patients with Type 1 Diabetes who may have missed their insulin therapy, experienced an illness, or experienced too much physical stress. Thus, the term “diabetic ketoacidosis.” Other factors that lead to ketoacidosis include alcoholism and malnutrition (3).

Watch out for common ketoacidosis symptoms such as high blood sugar levels, unusually high ketone levels, dry or flushed skin, confusion, and a sweet and fruity odor in your breath.

Nutritional ketosis can be an effective tool for improving health and avoiding disease. Here are some of its benefits you should know about:

Fat loss is a common effect of ketosis. Here’s why that happens:

Decreasing carbs depletes glycogen which causes your body to burn stored fat. Many people find that they lose weight quickly within days of doing keto. But take note, however, that initial “water weight” loss occurs. That’s because glycogen is stored with water in your muscles.

As you sustain the diet, your body becomes more efficient in using its stored fat.

Eating too much sugar often leads to poor focus. This may explain why after eating a carb-heavy meal, you feel sluggish.

Many people on a keto diet find that they’re able to think more clearly.

But remember: Mental clarity doesn’t come right away. During your body’s transition from a standard American diet (SAD) to a keto diet, you will experience short-term brain fog.

Nutritional ketosis may benefit the brain, according to studies:

5. Ketosis can help with PCOS in women

The diet improves polycystic ovary syndrome (PCOS) by reducing weight and normalizing insulin. It reduces inflammation in the body, improving a woman’s fertility.

Ketosis is safe in general when achieved using a proper keto diet and with the supervision of a health professional. As more studies are being conducted on nutritional ketosis, we’re seeing how it benefits certain health conditions.

Some people are also concerned that ketosis may lead to ketoacidosis.

Although both differ from one another, a ketogenic lifestyle can cause ketones to reach abnormally high levels in poorly managed diabetes. It can also happen in lactating or breastfeeding mothers who don’t eat enough or starve themselves (9).

Limiting your carbs to 20-50 grams per day puts you in a ketotic state. While you reduce your carbs, you also need to increase your dietary fat and keep protein moderate.

Many people turn to this low-carb high-fat diet for its effect on weight loss. Beyond weight loss, keto offers health benefits including mental clarity, reduced inflammation, and better physical performance.

Lastly, keep in mind that ketosis is a normal metabolic state. Ketoacidosis is dangerous, and it often happens in uncontrolled type 1 diabetes. There shouldn’t be any risk in following the diet if you’re doing it properly and with the guidance of a health professional. This is especially applicable to those with medical conditions.

How long does it take to enter ketosis? Learn the answer to this important question while following a keto diet.
January 17, 2021

Keto for Men: Why the Keto Diet is Good for Males

Research suggests that males can benefit from going low-carb. Read this before getting started.
August 16, 2021 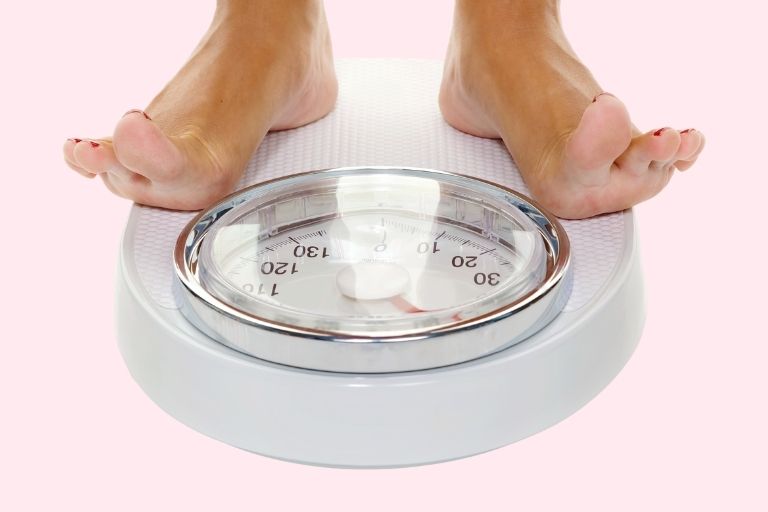 Keto Plateau: How To Break A Weight Loss Stall

A weight loss stall happens for several reasons. Find out how to overcome it.
October 18, 2020