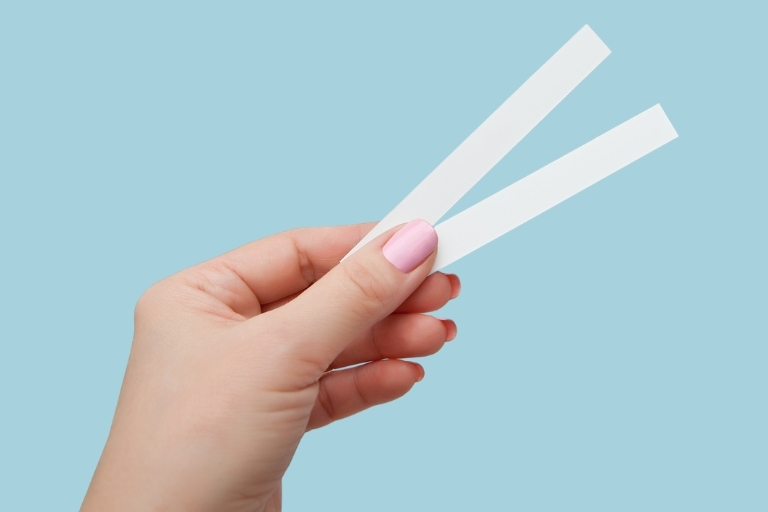 Ketosis is a normal metabolic state characterized by increased ketone levels. Learn more about it in this guide.

On a standard American diet, a person eats carbohydrates which get broken down into glucose and released into the bloodstream. However, in the absence of carbs, the body uses an alternate fuel source — its own stored fat.

Read until the end to understand ketosis in detail.

Ketosis is a metabolic state in which your body produces ketones. Ketones or “ketone bodies” are chemicals that are made by your liver when glucose is limited(1).

The state is achieved by following low-carb, ketogenic diets. Thus, it is termed as “nutritional ketosis”. Note that ketosis can also happen when an individual fasts or experiences starvation.

What should a person’s ketone levels be? Nutritional ketosis ranges from 0.5 mmol/L to 3.0 mmol/L. You can test for ketones using a blood ketone meter, urine strip, or ketone breath meter.

Signs and Symptoms of Ketosis

Ketosis signs and symptoms can both be positive or negative. Either way, they indicate that the diet is working. Negative side effects are temporary and will subside as soon as your body adapts to its new fuel.

This is the most definitive indication of ketosis, characterized by ketone levels between 0.5 mmol/L and 3.0 mmol/L.

Ketones are present in your blood, urine, and breath. If you want an accurate picture of ketosis, make sure to use a blood ketone meter. It measures BHB or beta-hydroxybutyrate which is the most abundant ketone in the blood.

Must-know: Acetoacetate, the ketone that’s excreted via the urine, decreases over time as the body uses it more efficiently. This makes urine test strips highly useful only during the early stages of ketosis.

A common side effect when a person reaches ketosis, bad breath is caused by acetone — the ketone that leaves the body via the breath. Those who experience bad breath describe it as a fruity or “acetone-like” odor(2).

Very low-carb diets like keto can cause noticeable weight loss. Study shows that weight loss, up to 10 pounds, starts to occur within 2 weeks of being on the diet. Early weight loss, however, is associated with water weight loss. Fat loss happens later as one continues with the keto diet(3).

Fatigue or weakness is a common issue for those who are new to ketosis. This is caused by carbohydrate withdrawal or it could be indicative of a nutrient deficiency as a result of reducing carbs. Increasing your dietary fat intake and supplementing with vitamins, minerals, and electrolytes will help resolve fatigue.

Water loss happens in ketosis which leads to thirst and possible dehydration. The reason behind this is glycogen depletion. Glycogen, the storage form of glucose in your muscles, is attached to water molecules(4). The breakdown of glycogen leads to water loss via your urine. This explains why you pee more often early in ketosis.

While the keto diet can reduce migraine attacks, you may experience headaches as a symptom of switching to the diet. During the induction phase of keto, your brain craves for glucose, its main fuel source(5). Headaches can last from 24 hours to 1 week, and can be remedied by taking electrolytes and getting enough rest.

Muscle cramps and spasms result from an electrolyte imbalance. Keep in mind that electrolytes such as sodium, potassium, calcium, and magnesium aid in muscle contraction. Make sure that you’re getting enough of these in your diet and through supplements.

A drastic reduction in your carbohydrate intake can alter your sleep. You could find yourself falling asleep later or waking up in the middle of the night. Another possible cause for insomnia is that extra energy you’re getting from more fats in your diet. Having to urinate more frequently is another reason, too.

As you maintain ketosis, you’ll begin to experience a burst of energy and mental clarity. Ketones are therapeutic to the brain and provide more energy than glucose, according to research(6)(7).

Changing your macros will affect your digestive system. More fat in the diet can cause diarrhea in some people. For others, limiting their intake of carbs (found in many fiber-rich foods) causes constipation.

Make sure to include fiber in your diet to relieve constipation. Easing up on fats and staying hydrated are effective for diarrhea.

RELATED: How Long Does It Take to Get Into Ketosis?

Ketosis Can be Achieved Through the Keto Diet

The metabolic state of ketosis can be induced by following a ketogenic diet. It’s a dietary plan where you limit carbs to 20-50 grams per day, increase fats, and keep protein moderate. Here’s what your macros look like(8):

The general percentages and specific macros per individual will vary depending on their age, gender, fitness goal, and activity level. To figure out your personal macros, we recommend using a keto macro calculator.

Ketosis is Different from Ketoacidosis

A lot of people get confused about ketosis and ketoacidosis. Both metabolic states may sound alike but they are different in many ways. 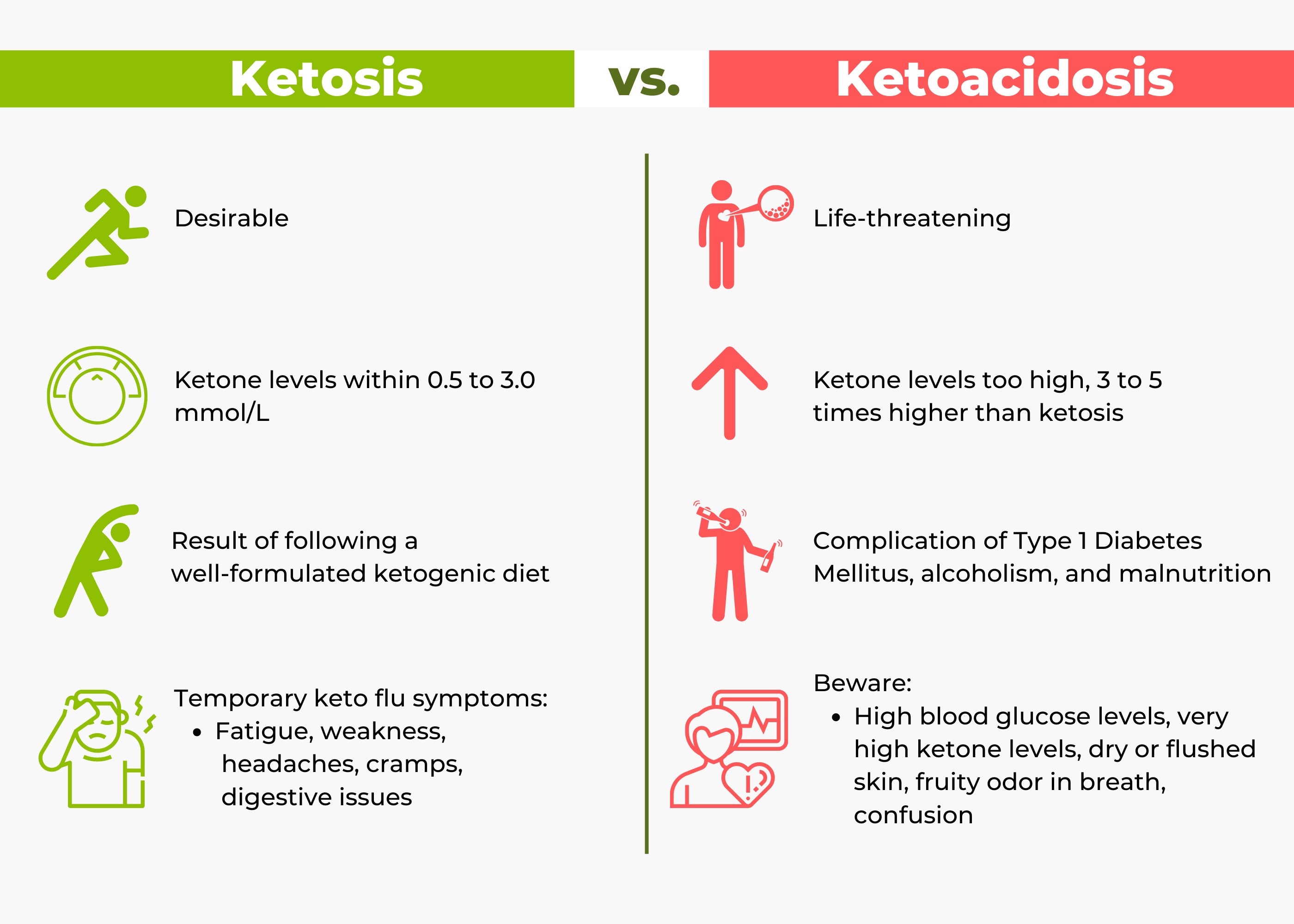 Ketosis is normal and desirable. Ketoacidosis, on the other hand, is a medical emergency and often a complication of poorly managed Type 1 Diabetes.

Ketoacidosis is characterized by very high ketone levels, making the blood acidic. In this case, ketone levels are 3 to 5 times higher than typical ketosis levels.

A patient with Type 1 Diabetes may have missed their insulin therapy, experienced an illness, or undergone too much physical stress. Thus, the term “diabetic ketoacidosis.”

Other factors that lead to ketoacidosis include alcoholism and malnutrition(9).

Watch out for common ketoacidosis symptoms such as high blood sugar levels, unusually high ketone levels, dry or flushed skin, confusion, and a sweet and fruity odor in your breath.

Nutritional ketosis can be an effective tool for improving health and avoiding disease. Here are some of its benefits you should know about:

Let’s start with the most popular benefit which is fat loss.

Here’s what happens in your body:

First, decreasing carbs depletes glycogen. Then your body burns fat. Most people notice that they lose weight quickly within days of doing keto. But take note — this initial weight loss is water weight.

That’s because glycogen is stored with water in your muscles.

But as you sustain the diet, your body becomes more efficient in using its stored fat.

Eating too much sugar often leads to poor focus. This may explain why after eating a carb-heavy meal, you feel sluggish.

Many people on a keto diet find that they’re able to think more clearly.

But remember: Mental clarity doesn’t come right away. During your body’s transition from a standard American diet (SAD) to a keto diet, you will experience short-term brain fog.

Nutritional ketosis may benefit the brain, according to studies:

5. Helps with PCOS in women

It reduces inflammation in the body, improving a woman’s fertility.

When your body relies on fat for fuel, fasting becomes a breeze.

Going on the keto diet for the first time can decrease your performance. Since your body is undergoing a transition, it needs time to adapt to fat.

Once you’re keto-adapted, you don’t just burn more fat, but you’re also less likely to hit a wall. This is especially true when you’re in a setting where food is unavailable.

Interesting to know: The targeted keto diet is a strategy in which a person eats additional carbs before an intense or long workout.

You may be wondering: Is ketosis bad?

Ketosis is safe in general when achieved using a proper keto diet and with the supervision of a health professional.

As more studies are being conducted on nutritional ketosis, we’re seeing how it benefits certain health conditions.

Some people are also concerned that ketosis might lead to ketoacidosis. Can it?

Although both differ from one another, a ketogenic lifestyle can cause ketones to reach abnormally high levels in poorly managed diabetes. It can also happen in lactating or breastfeeding mothers who don’t eat enough or starve themselves(15). 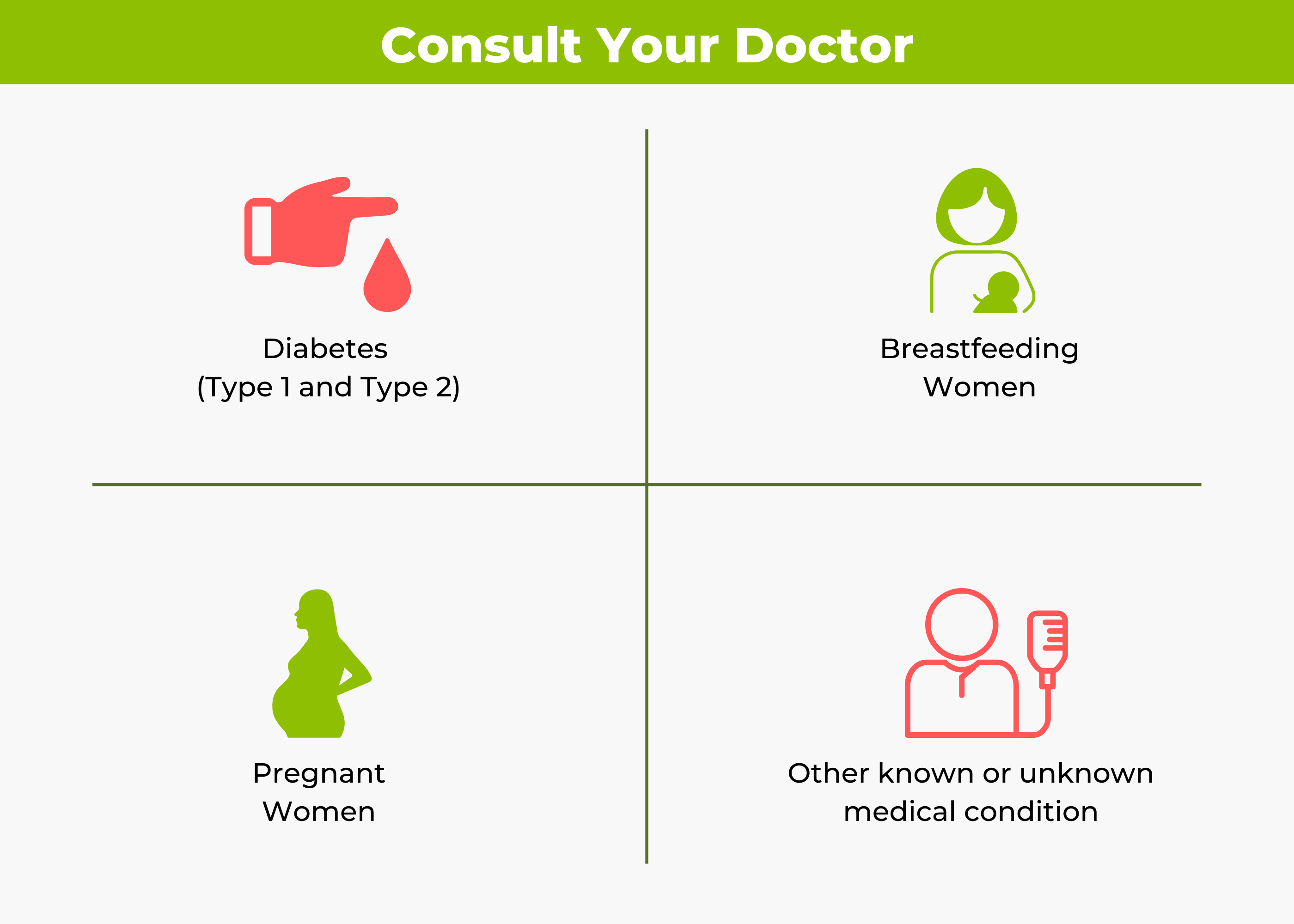 Limiting your carbs to 20-50 grams per day puts you in a ketotic state. While you reduce your carbs, you also need to increase your dietary fat and keep protein moderate.

Many people turn to keto for its effect on weight loss. We also find that it has benefits for your brain, hormones, and physical performance.

Lastly, keep in mind that ketosis is a normal metabolic state. Ketoacidosis is dangerous, and it often happens in uncontrolled type 1 diabetes.

We hope you gained value from this guide. Let us know if you have more questions or thoughts to share about ketosis. 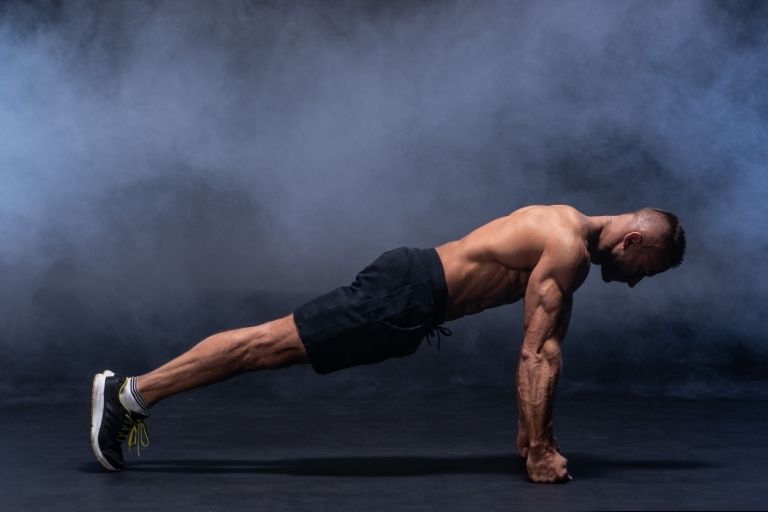 Are you a bodybuilder or fitness enthusiast? Here’s how to gain muscle on keto. 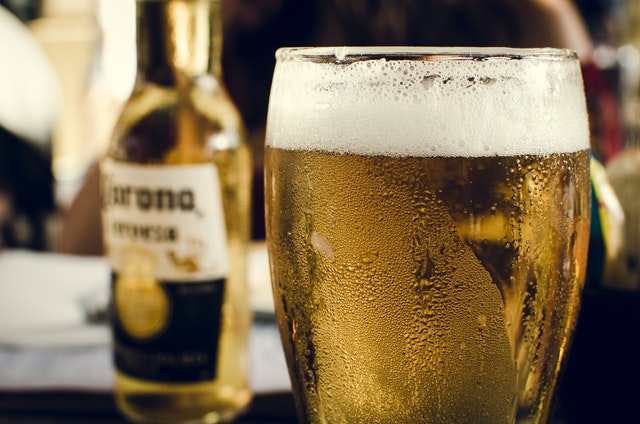 Here are low-carb beers that you can have for any occasion while you’re on keto. 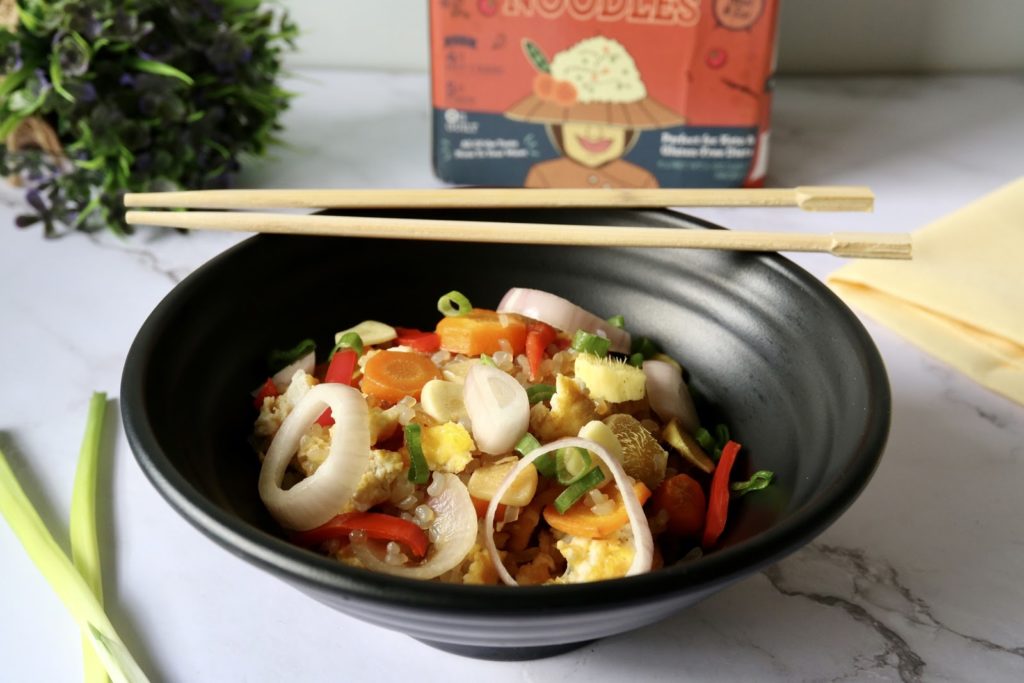 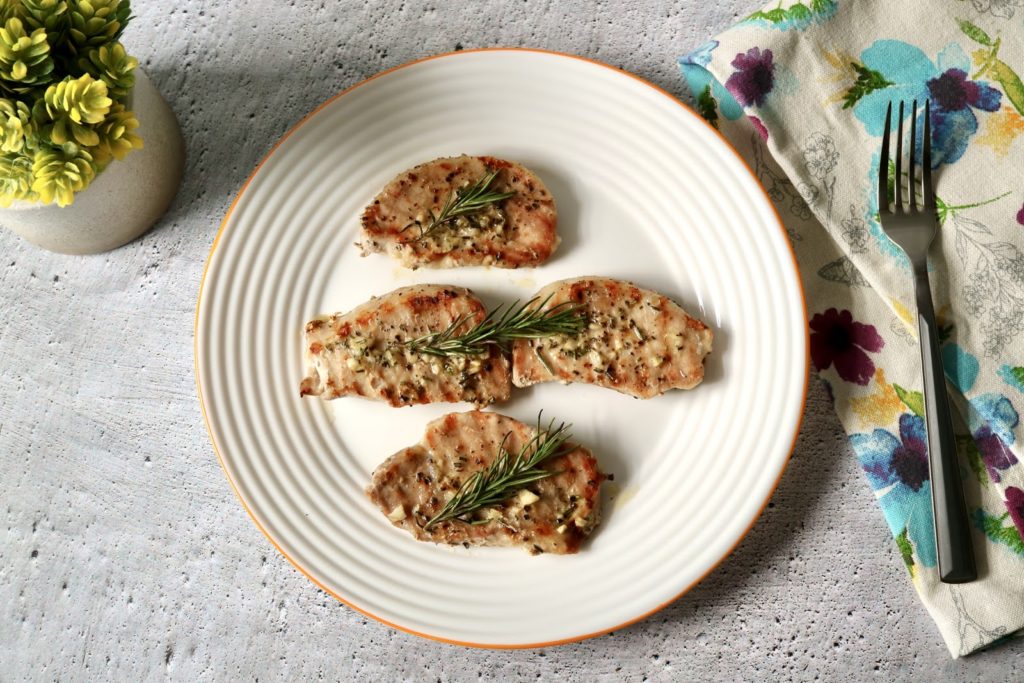 Got 30 minutes? These pork chops are juicy and perfect for any day. 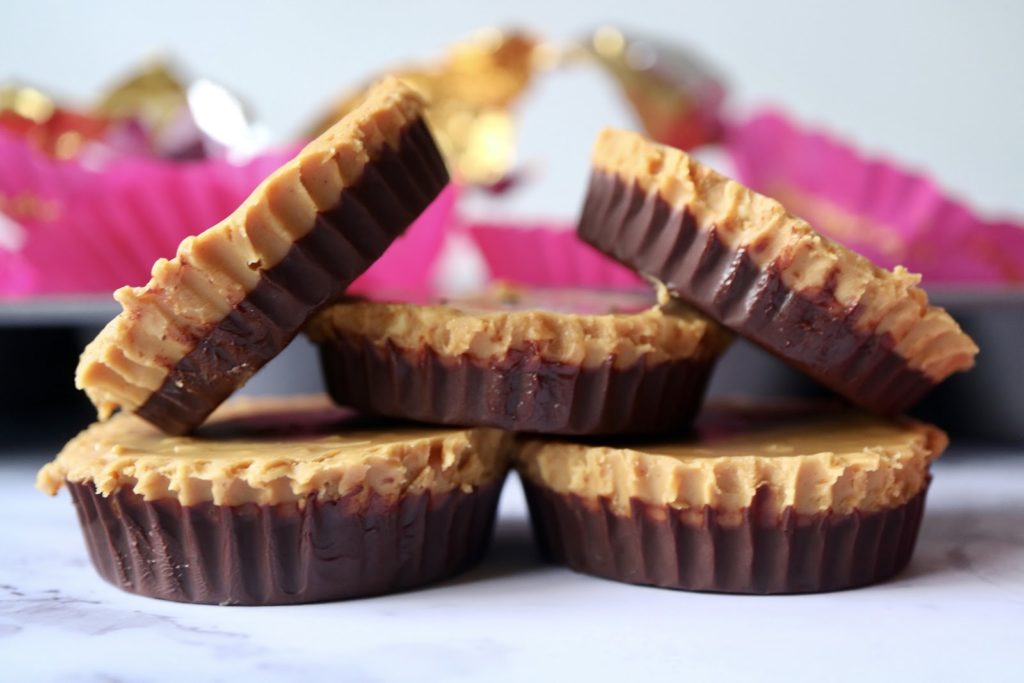 These filling fat bombs satisfy your chocolate and nutty cravings. Try them now!