Home > Nutrition > Keto and Alcohol: A Guide to Drinking on the Keto Diet

Keto and Alcohol: A Guide to Drinking on the Keto Diet 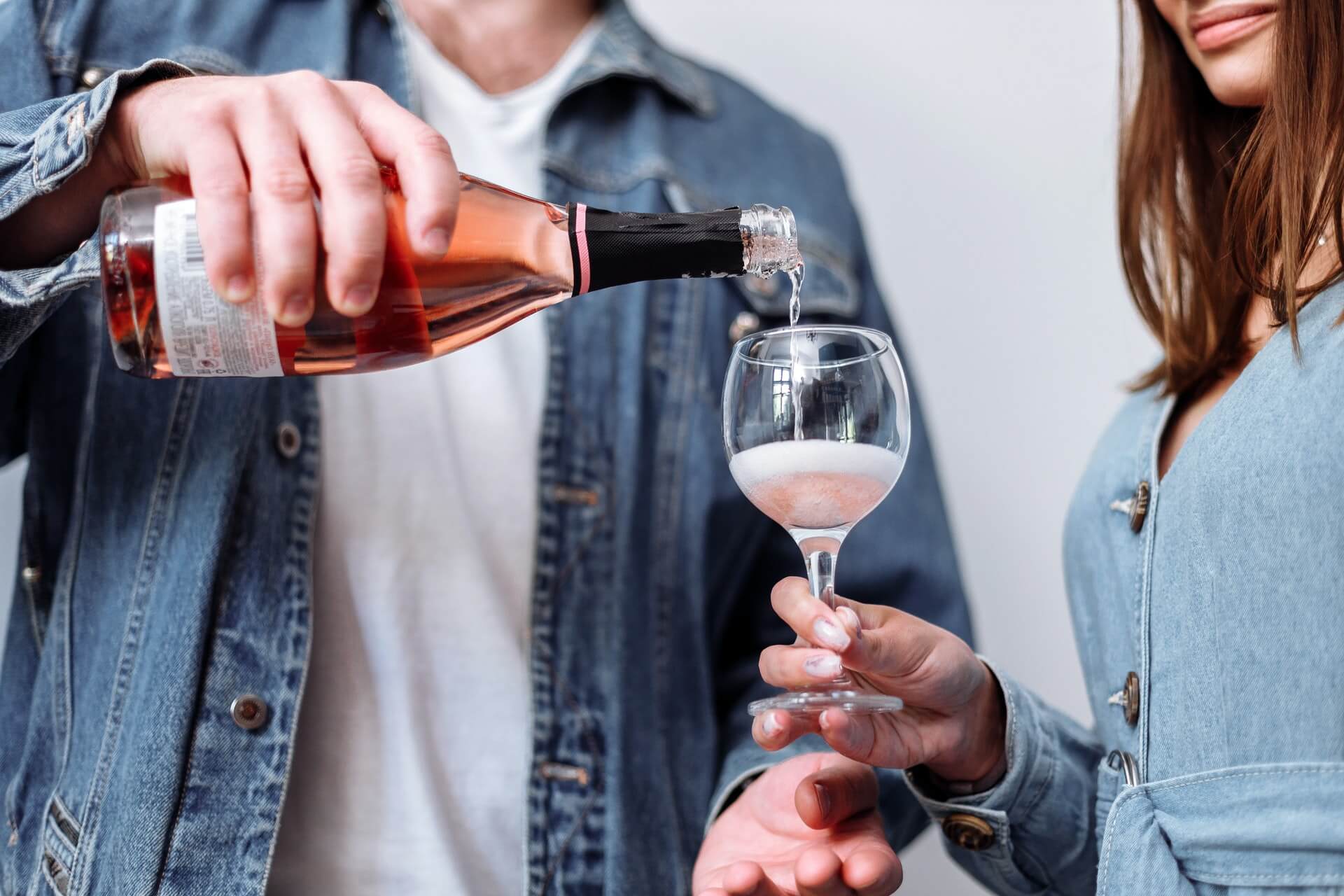 Is it possible to enjoy keto and alcohol at the same time? Yes, you can — but with some limitations. Keep reading to learn more.

Before getting into the list of keto-friendly alcohol options, you need to remember that alcohol isn’t the best drink for your health. For starters, too much alcohol can stall your weight loss or cause you to gain weight unnecessarily (1).

And even if you consume alcohol in moderation, as a keto dieter, you should also plan what type of alcohol you’re having. That means knowing how many carbs a drink contains and being careful with your choice of mixers — in case you’ll want one for some flavor enhancement.

Can You Have Alcohol While on Keto?

If you’re someone who likes having an occasional alcoholic beverage, the good news is, there are low-carb (and even zero-carb) drink options. However, your options are only limited, so be careful to avoid certain beverages, especially the sweet-tasting ones like cocktails and mixed drinks. Most beers also tend to be high in carbs.

You already know the answer to the question, “Can you drink alcohol on keto?” And while you can, in limited amounts, there are some things to learn about alcohol’s effect on ketosis.

Unless you’re drinking high-carb alcoholic drinks, alcohol won’t always kick you out of ketosis. However, it will slow ketosis down and ultimately affect your weight loss progress. Here’s how that happens:

Another important thing to know:

Alcohol on keto is not advisable for people with non-alcoholic fatty liver disease (NAFLD), a condition in which excess fat accumulates in your liver. If you already have NAFLD, it’s best to stay away from the booze to avoid inflicting more damage on your liver. Let your liver heal.

So, what alcohol can you drink on keto if you don’t have liver issues? Check out the keto alcohol list below. You’ll also find examples per alcoholic drink with their carbs per serving.

Pure spirits like brandy and whiskey contain no carbs at all. These carb-free alcoholic drinks can be consumed by themselves to minimize the chances of getting kicked out of ketosis.

If you like, you can pair a hard liquor with a low-carb mixer (such as flavored sparkling water) to enhance its taste, since hard liquor is flavorless.

Brandy is a spirit that’s distilled from fruit. After distillation, brandy is aged in oak barrels, and then mixed with water and other brandies. You’ll find different types like cognac, armagnac, and grappa.

Gin is made from a base of grain like wheat or barley. Be careful with flavored gin as it has carbs and sugar in it. Like sloe gin, for example, which is made with gin and sloes (little berries).

Except for rums that contain added sugars, all rums are acceptable for your keto diet. You’ll know that a rum drink contains sugar if it has lower alcohol content. Rum is produced from sugarcane molasses or sugarcane juice through distillation.

Vodka is another form of pure alcohol that’s carb-free. Plant matter used to create vodka include wheat, corn, or potatoes, which would explain its subtle grainy flavor. It has a standard ABV (alcohol by volume) of around 40%.

Made from different varieties of fermented grain, whiskey is a good option for keto dieters. Its flavor characteristics change depending on how the grains are processed. Here’s a tip: Avoid putting too many ice cubes in your glass as this dilutes the flavor.

Tequila is a Mexican drink that’s made from the Weber blue agave plant. It has an earthy flavor, and the taste may also vary depending on where the agave was grown. Like the previous beverages above, tequila has zero carbs and is fine on keto.

Wine has been around for centuries, and it’s even said that drinking a glass of wine occasionally benefits your health. While you can drink wine on a keto diet, keep in mind that some forms of wine are off limits due to their residual sugar.

Red wine comes from crushed red grapes placed in fermentation tanks. Since the grapes are fermented with their skin on, the wine gets a reddish color.

Unlike red wine, white wine comes from “white grapes” that are actually green or yellow-colored. The grape skin and seeds are removed, and the wine is aged in stainless steel containers or vats.

For people following the keto diet, beers can be tricky — because unfortunately, regular beers are high-carb. That probably explains the term “beer bellies.” For example, a 12-ounce serving of beer can contain as many as 12 grams of carbs. Thankfully, there are certain beers that won’t totally derail your diet. Check out our list of the best low-carb beers below:

We’ve also written a guide on keto beers to provide you with more options. Feel free to read this post.

Alcoholic Drinks to Avoid While on Keto

If your goal is to maintain ketosis and maximize your fat-burning potential, you must stay away from sweet alcoholic drinks and sugary ingredients in general. This applies to the following:

Although these drinks taste way better, they won’t help with your goals at all.

However, as an alternative, choose a keto-friendly flavored sparkling water (La Croix, for example) and mix it with your alcoholic drink of choice (like rum) to enjoy this guilt-free combination.

What else should you know aside from the best and worst drinks for ketosis? Consider these strategies to stay safe and healthy:

It’s important to remember that although keto-friendly alcohol exists — alcohol, in general, impacts your weight (and even your health). If you’re a heavy drinker or simply like an occasional drink and think of doing keto, our list above gives you better options.

However, if you have liver disease or are struggling with weight loss, I would suggest avoiding alcohol. Let your body heal first. After all, there are lots of carb-free non-alcoholic drinks out there that won’t interfere with ketosis and will save you from a hangover. 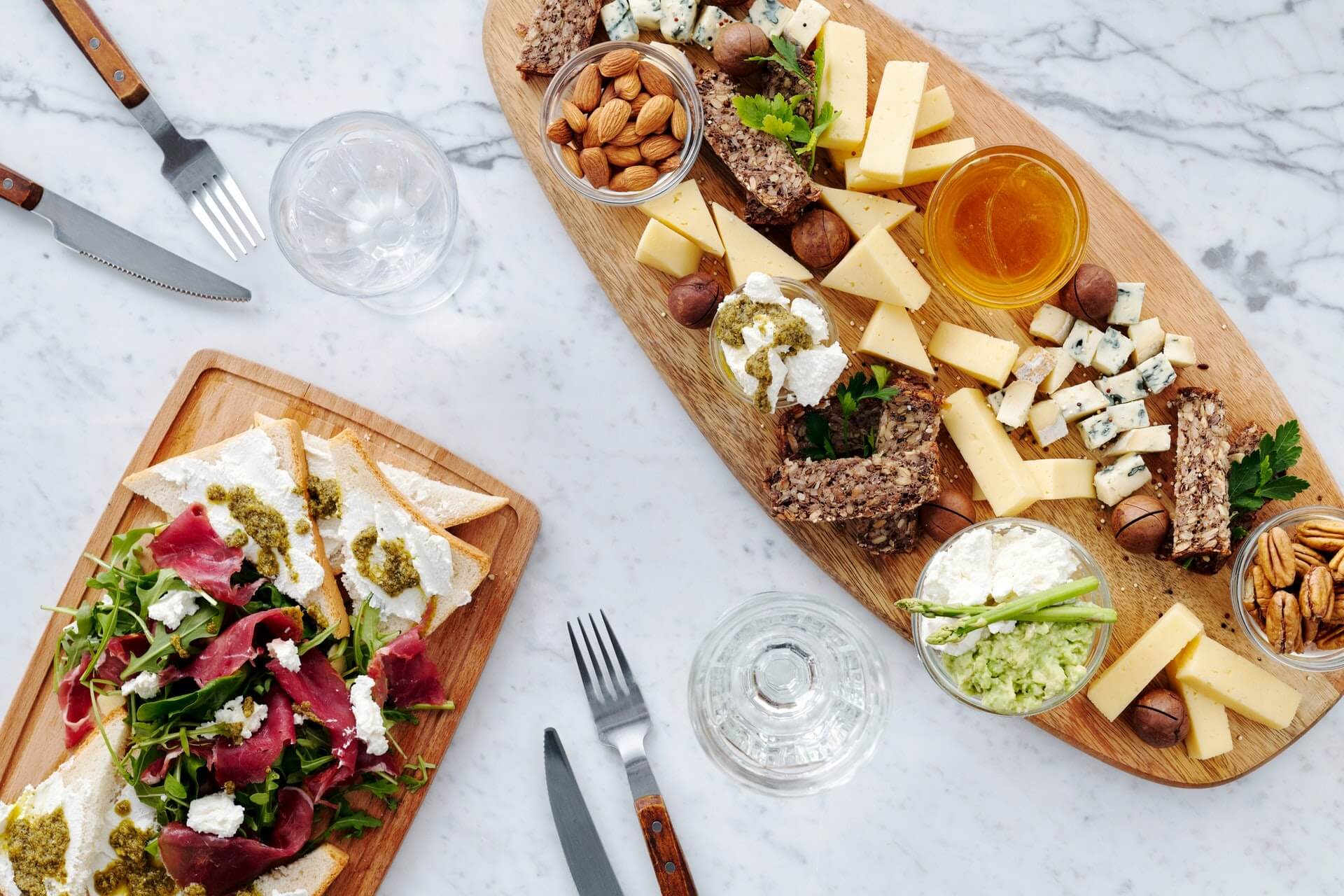 The Ultimate Guide to OMAD Keto

Is OMAD keto right for you? What are some reasons to try it?
September 9, 2021 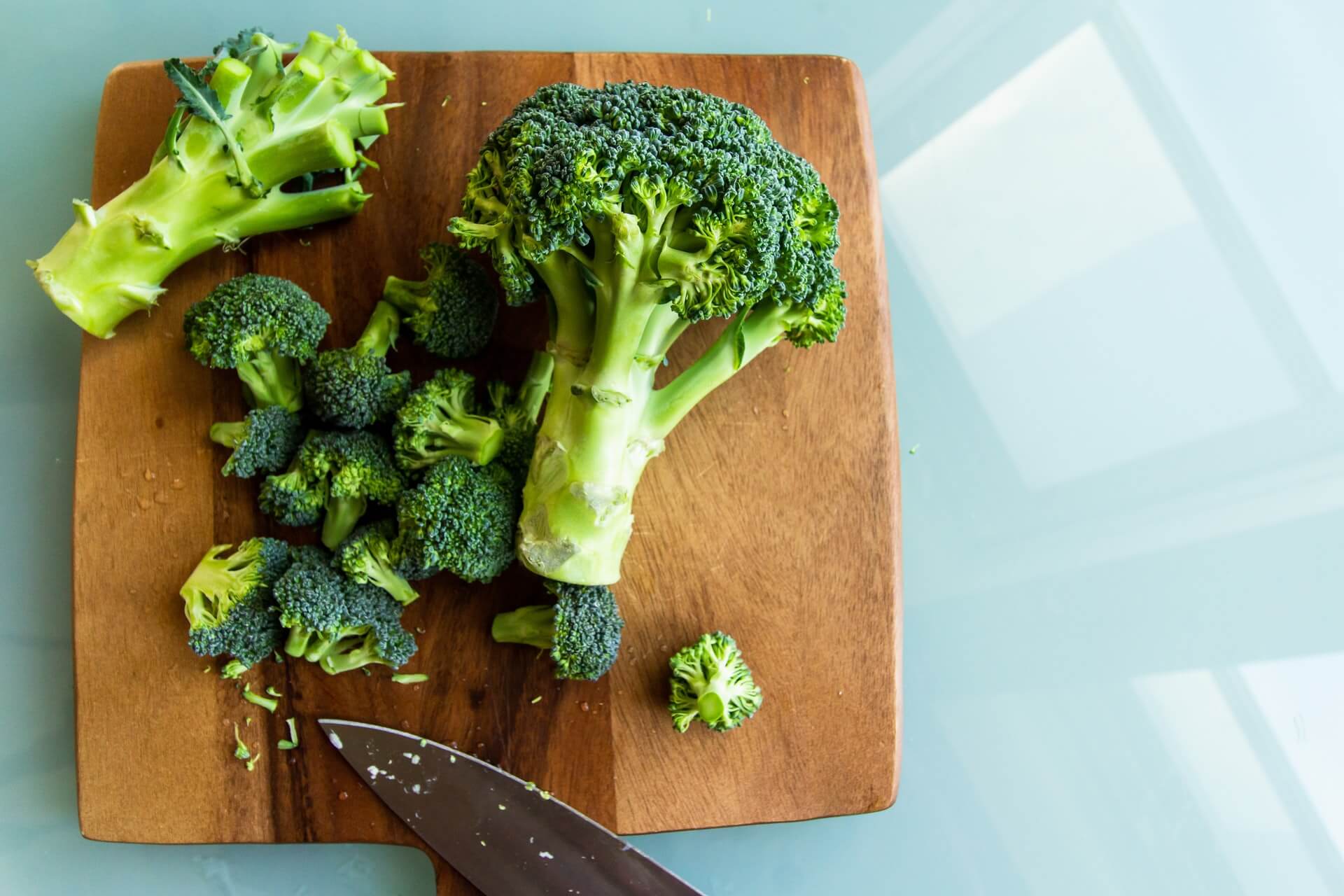 Broccoli is rich in fiber and can boost your health in many ways. If you’re on the keto diet, find
November 7, 2021 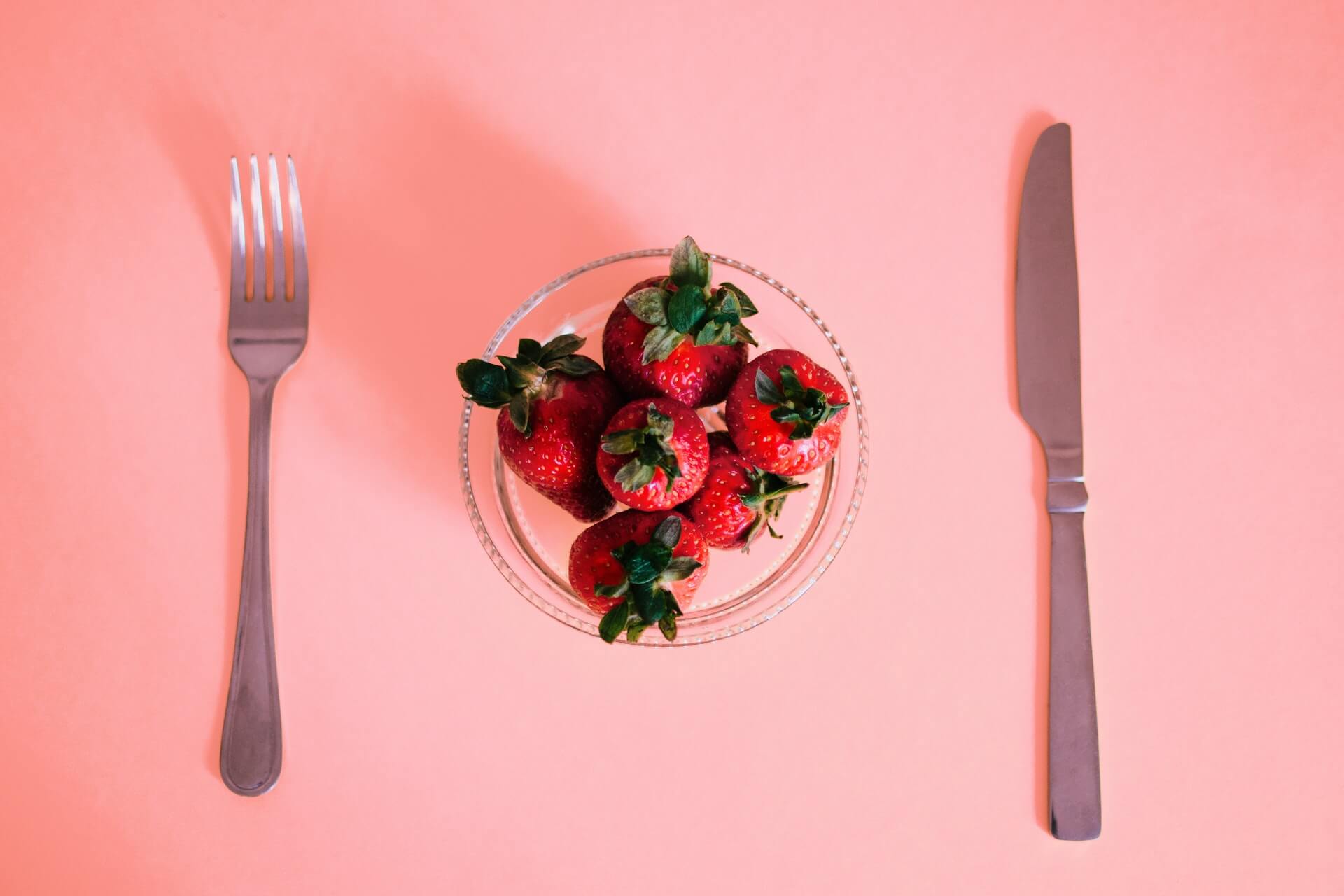 10 Best Keto-Friendly Fruits to Eat on a Keto Diet

This article reveals which fruits have the lowest net carbs per serving.
February 15, 2022